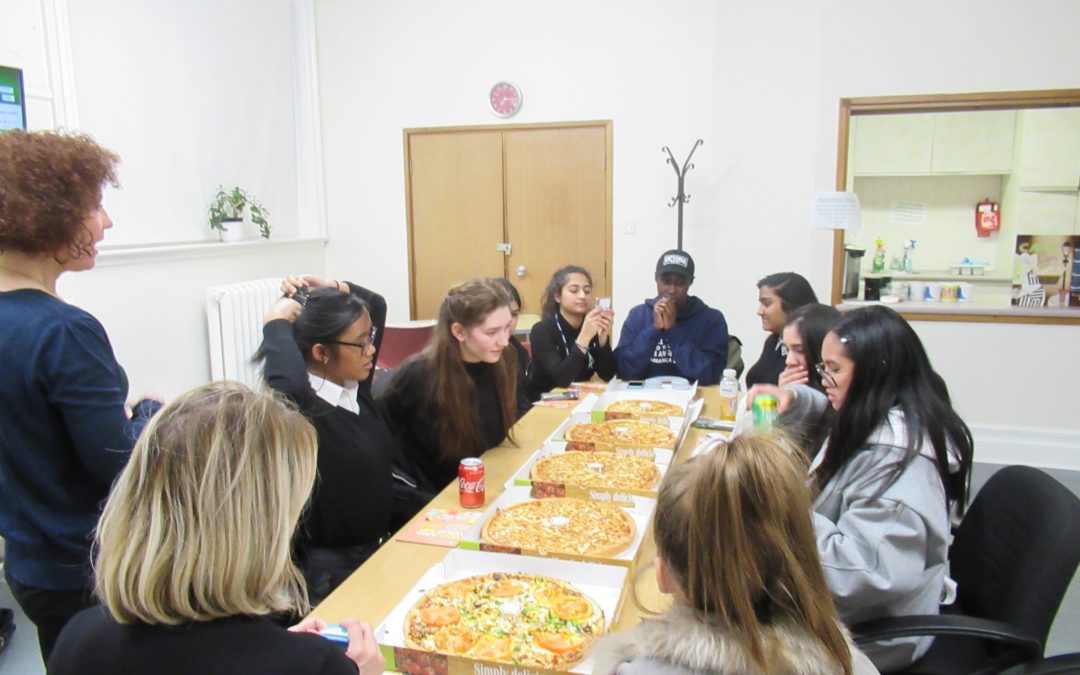 Written by Precious one of our Change Maker Volunteers.

“On Tuesday 15th January, the Change Maker Volunteers met for a session about parliament, the government and how it works. The aim was to increase our knowledge on both subjects to aid us in our social action projects later on. The session was delivered by Lynn Hobson from the Parliament Education team. She was extremely nice and kept us all really intrigued throughout the session. We all left with an increased interest in politics.

Upon arrival of the session, the first thing we did was introduce ourselves and then got into pairs to come up with one law we would pass if we became prime minister. This allowed us to really think about what we were passionate about and what needed changing in the country. Personally it made me put other people’s needs before my own which isn’t something most teenagers do on a daily basis. After that we had an introduction to parliament. This included the process of how MPs vote in parliament and the significance of just one vote. This made us understand that voting is important and even if you have the mindset that it wouldn’t make a difference, your vote might change the odds at the end of an election (for example). The next thing we did was play a game which got us really involved. We had to stand in a line (in pairs) and Lynn would ask each pair a true or false question. Every time you got a question right, you take a step forwards with your pair. If you get it wrong then you don’t move at all. The aim of the game was to to get to the other side of the room. The game really brought out our competitiveness but also gave us the opportunity to learn new facts about parliament. After that Lynn went through a slide show with more interesting information about the government and parliament and further details on their function. 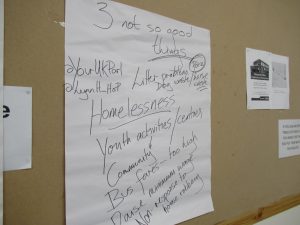 Lynn then split us into three groups and our activity was to draw a map of our area, where we live and the places we visit often. We worked on them for about fifteen minutes and then we were told to write down four things we liked about our area and four things we didn’t like about it. I have to honestly say that finding four things I liked about where I lived was quite challenging as I had to really think. This showed me how we can take things for granted without realising and how we can’t see the blessings right in front of us. Coincidentally that night, the vote for Theresa May’s Brexit deal was going to take place. This meant that around seven o’clock, we were able to watch the vote take place and announced live. We were also lucky enough to have some pizza that was bought by Kelly while watching the live stream. The whole session was extremely interesting, fun and I was able to gain new knowledge about the government and parliament, the same can be said for all the Change Maker Volunteers at the session.

After the session, I realised how important education on politics is. Most teenagers these days know nothing about politics and how the government works. This increases the chances of them still not knowing anything in their twenties and believing that ignorance is truly bliss. Education on politics and what’s going on in the news needs to be given to every high school student. Only this way will they understand how important their votes are and why they should vote. This would then increase the percentage of young adults voting, which may then lead to bigger changes in the country and influence a change in the viewpoint of parliament. Politics is a very intense and complicated subject but even knowing the foundations is better than knowing nothing. We live in a country where we can voice our opinions and have a say in most of the laws passed. Why not take advantage of that?” 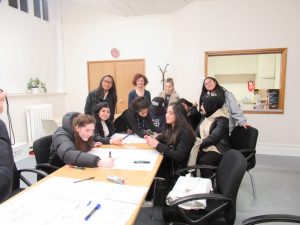 If you’re generally interested in engaging in politics follow this link to visit YouthPolitics UK. YouthPolitics UK is a new non-profit organisation created by young adults which has the aim of engaging teenagers and young adults across the country into current affairs, our democratic rights and how parliament works. The initiative also acts as a platform for young adults to express strong views that they may have about certain issues by submitting articles which later feature on the website. Through events, debates, talks and workshops from experts across the country we hope to equip the youth with the skills needed to successfully implement social change.