The Projects4Change team and committee are a dynamic group of people from all demographics. Between us we have a wealth of experience in Youth Work, the Voluntary & Community Sectors, business and finance. Every person on the team is passionate and committed to working with Young People and giving them the opportunities and skillset they need to achieve. 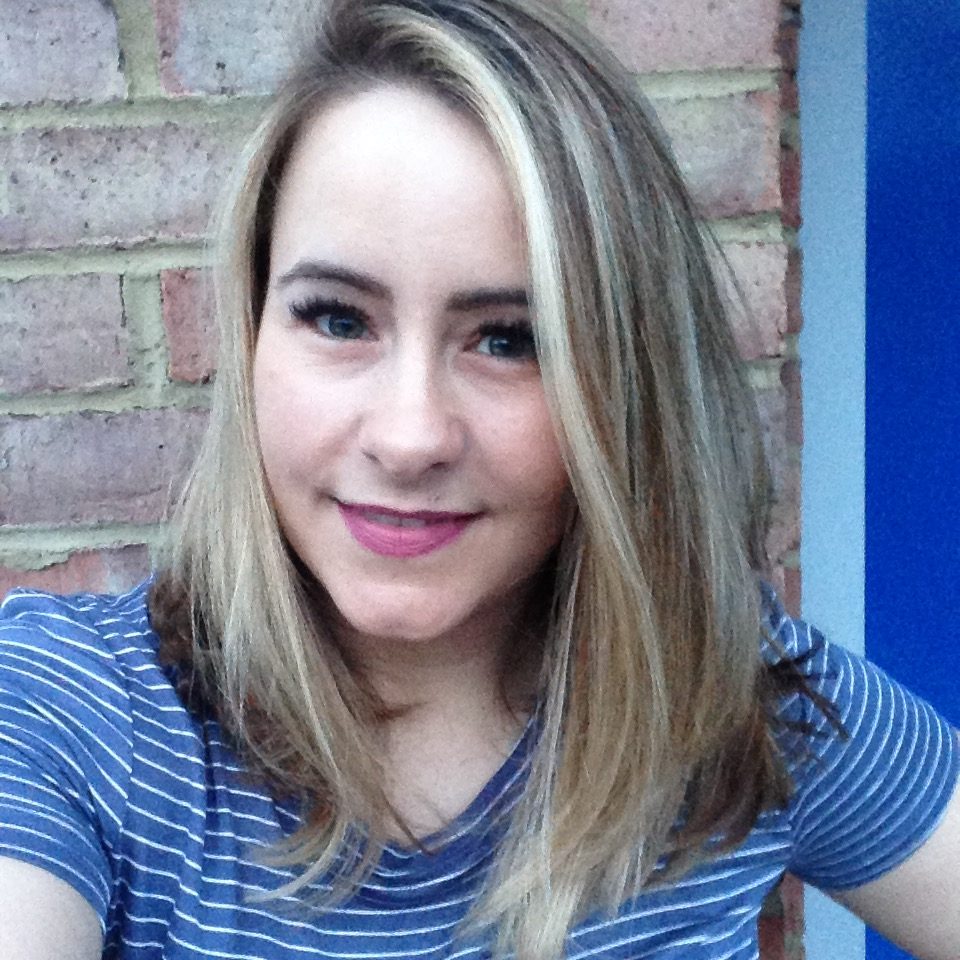 I grew up in a community where helping others was part of the fabric of life. It was the early 80’s and the area had suffered hardship due to pit closures several years before, the pit may have closed but the comradery remained.
The Peoples Center was the heart of the village along with the local club. Peoples Centers and community spaces existed all over North Tyneside. In our village alone it created several youth and community workers who are still active today nearly 40 years later, this was a perfect environment to learn the importance of people and community.
It saddens me to see in 2018 the loss of so many youth centres, clubs and activities for young people. I really would not be the educated and socially active woman I am today without those workers who taught me so much about mutual support and collective action. Through those valuable role models I learnt that I could achieve my potential if I worked hard.
That is why I established the charity Projects4change. We support organisations to deliver quality targeted projects that meet young people needs within their own communities. We work with projects to help them deliver more, to fund more and provide better opportunities for their young people. Making sure youth work and community spaces are here to stay and can go on making a difference to many more young people for years to come.
After 20 years working mainly in the voluntary sector I have seen much that has made me proud of the positive difference youth work can make to the lives of young people. Long may it continue.
‘Be the change you want to see in the world’ Gandhi 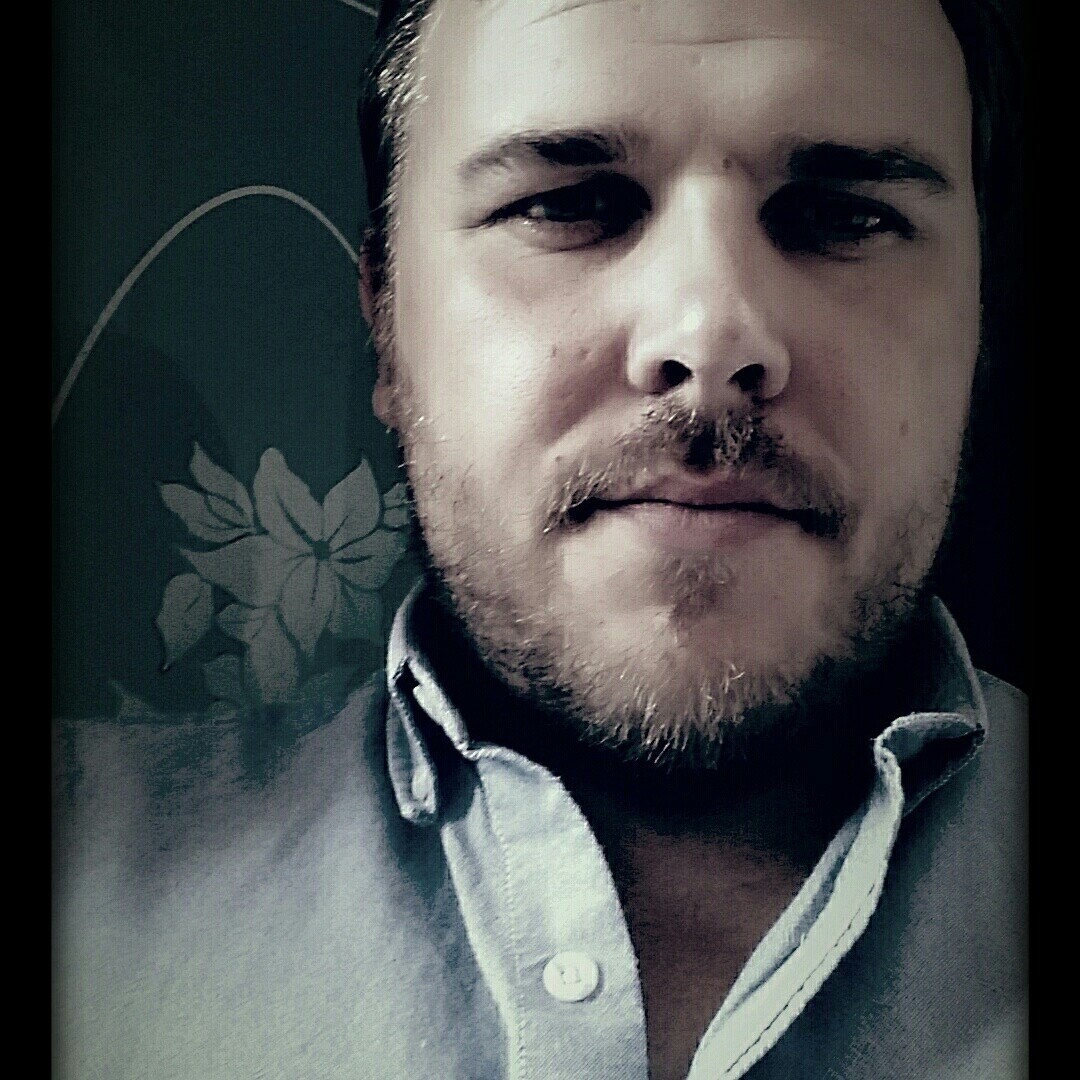 Simon works as an insulation and roofing specialist for a national construction material distributor. Simon has been involved in local theatre for over 20 years, performing in many of the regions stunning theatres. He currently acts as the chairman for Whitley Bay Theatre Company – a charity-based theatre group whose main mission is to offer local Tyneside residents of all backgrounds and abilities the opportunity to perform theatre without restriction. Simon is also a member of the Production Committee for the Tyne Theatre and Opera house. From an early age, Simon has been active in the promotion of children and young people’s rights. Simon was an active member of Article 12 – a youth led group who concentrated on making sure young people throughout the county were aware of their rights. Undertaking campaigns alongside groups such as UNICEF, Save the Children, Barnardo’s and the NSPCC. Simon experienced homelessness at the age of 16, living in a number of the regions hostels until he was able to find suitable accommodation. During the aftermath, Simon found support from groups similar to Projects4Change. Simon believes that supporting young people within our community is key to helping them achieve their greatest potential, giving them the opportunity to develop skills and gain knowledge without restriction.
Simon’s favourite quote is:
“Don’t define success by net worth, define it by character. Success, as it’s measured by society, is a fleeting condition.”

Anisa has lived in Newcastle for 11 years after moving to the North East from London as a child. She lives in the West End and is currently studying A-Levels with a goal to study medicine at university.
Being a young person surrounded by peers within her community, Anisa has seen how easy it can be to get lost in terms of staying on the right side of the law and choosing the right friends. In attending youth clubs like the West End Women and Girls she has seen how crucial youth work is in order to maintain a sense of community and give young people a voice, by having someone to listen to them. As a result, Anisa feels it’s crucial to put funding back into youth work.
As one of our Change Maker Volunteers, Anisa has had the opportunity to carry out peer led consultations and through them she has realised that mental health, the environment and feeling safe are really big issues for young people today and it is really important to listen to their voices to tackle these issues together in future.
She joined Projects4Change because she believes we are truly about making a difference to the lives of young people. “Their aims have a strong correlation with the changed I want to make to my community.”
Outside of A-Level studies, Anisa loves to try new hobbies and currently enjoys swimming. “I love the feeling of peace when I’m in the water. Her all-time favourite hobby is reading, “There’s never a day goes by that I don’t bury myself into a good novel and block out the world. I hope that never changes.”
Anisa’s favourite quote is:
“A dream you dream alone is only a dream. A dream you dream together is a reality.” John Lennon.

Jo was born in Berwick and has lived in the North East of England all her life. She now lives in Northumberland with her partner and two boys. Jo is currently training towards an AAT Foundation Certificate in Accounting – Level 2 qualification and would like to further develop a career in accountancy. She is a strong advocate in supporting young people to engage with their local community so that they can develop the skills and pride to take responsibility for their city and their environment for the years ahead. Jo is new to the voluntary and youth work sector but is excited to support Projects4Change in the role of Trustee and have the opportunity to give back to the North East community. 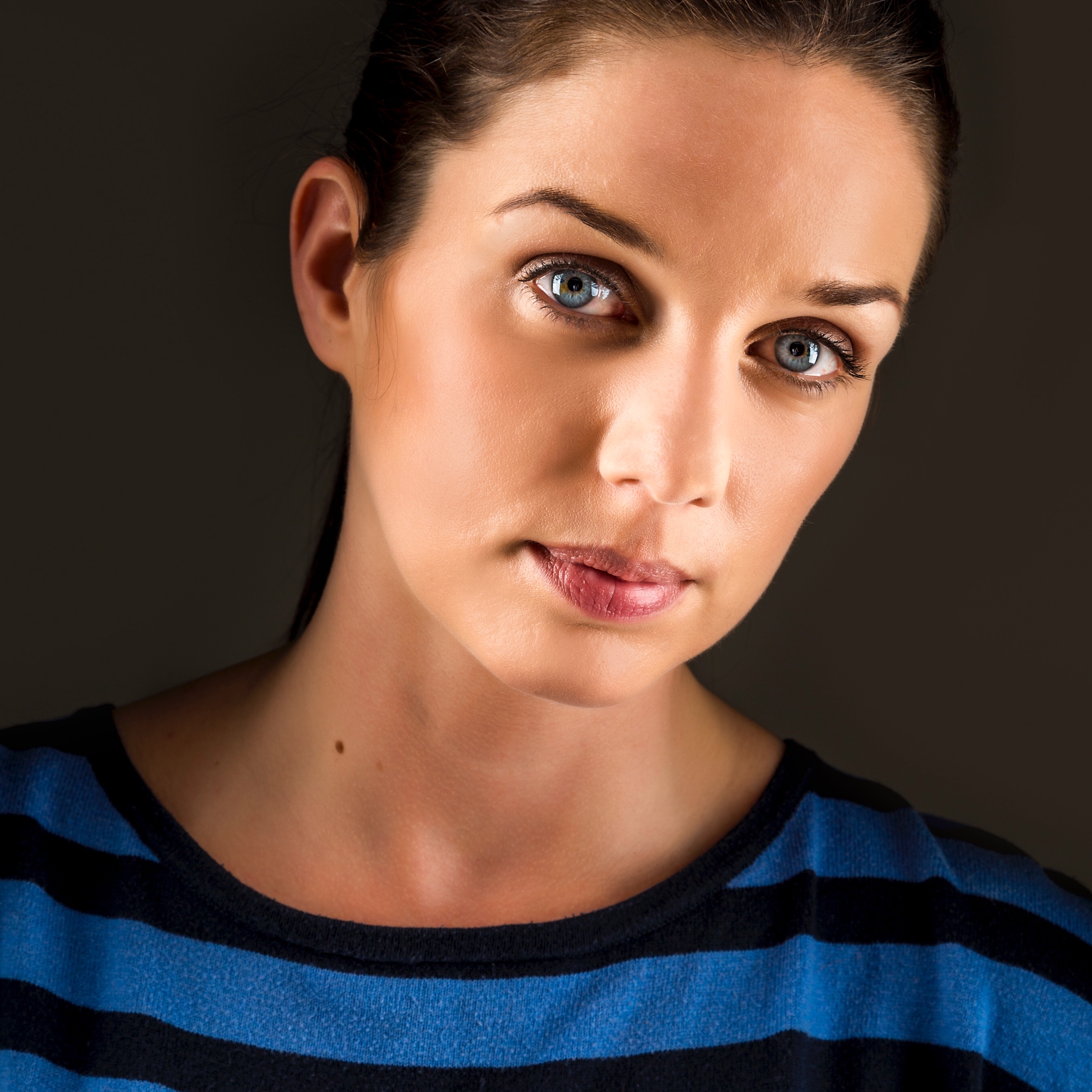 Amy is a Production Manager for an events company and a busy mum of two. She loves baking, sewing, knitting, drawing, having adventures with her children and watching a bit of reality TV as a guilty pleasure.

Becoming a mum made Amy realise the value of local communities and how important it is to support young people, to give them the tools they need to build a great future. She’s excited to be part of a great team at Projects 4 Change. 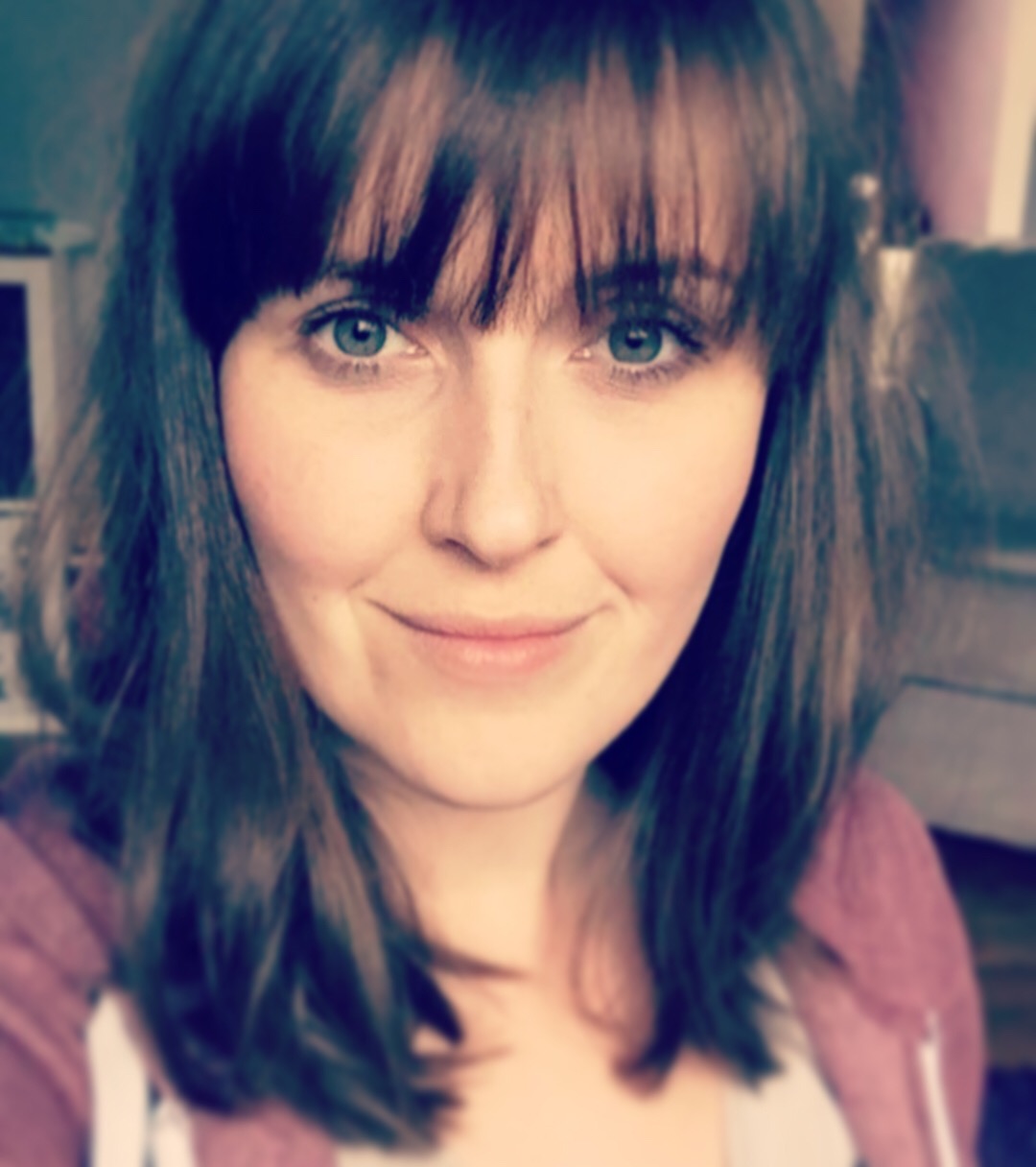 Helen is a Mum to a little girl, a Community Midwife and she runs her own business providing baby classes. She loves spending time with her family, singing, creating scrapbooks and travelling to new places.

As a child, Helen was involved with a youth project which she later went on to volunteer for as an adult. As a service user and member of the community, Helen can see the value youth projects can bring to young people. As a result she’s very positive about P4C and the positive changes it will make.

Amanda has lived in the North East for 15 years and currently lives in Gosforth. She works within the Housing Management Service of Your Homes Newcastle. During this time, she’s gained a wealth of experience about the needs of young people and communities in all areas of Newcastle. Growing up, Amanda regularly attended a youth group with all of her friends and has fond memories of taking part in the organised activities that they ran.
Amanda joined Projects4Change as it’s clear to see the charity is putting young people first and giving them the opportunity to have a voice, “We need to ensure that we listen to young people and get them involved in making changes. Supporting young people is so important as they are the future and I think we often forget that they have lots of good ideas.”
Amanda’s favourite quote is:
“Dance like no-one is watching.” (Basically a get out clause for bad dancing, ha)

Tristan has lived in the West End of Newcastle for 48 years and has been involved in community groups and projects for a number of years, she currently runs The Lavender Café at the Cowgate Community Centre. She has seen the way that community led spaces have changed over time as funding and resources have been cut and the effect that this can have on young people in the area.
Growing up in the West End, Tristan remembers the West End Boys Club and spending time at Elswick Pool and appreciates the positive affect that facilities like this can have on wellbeing.
Tristan joined Projects4Change because she feels it’s crucial that young people in our communities are supported through our help, understanding and by making them feel listened to, which in turn will help to support the local community.
Tristan’s life motto is that, “Everything can be fixed.” 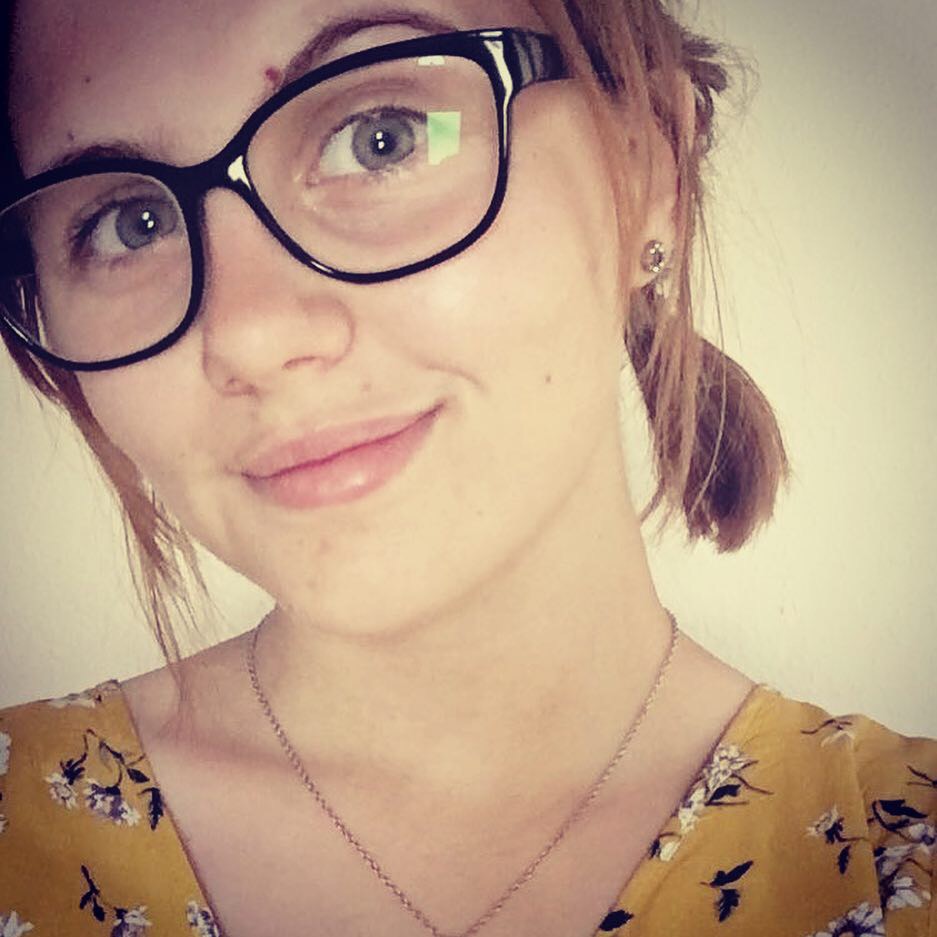 Hi! My name is Chesley and I am a Community and Youth Work Studies Student at the University of Sunderland. I am from Middlesbrough but I am currently living in Newcastle.

I have done kickboxing from a very young age and got my black belt when I was about 13 (however moving house and work from uni have taken over at the minute!).

I am passionate about all aspects of equality and social justice and love learning from other people about how to be a good ally. I love working with young people and whilst they can be badly represented in the press, I strongly believe in the power of them to change the world!

I am very excited to be working with Projects4Change as part of my placement and am already energised by the young people that I have met.